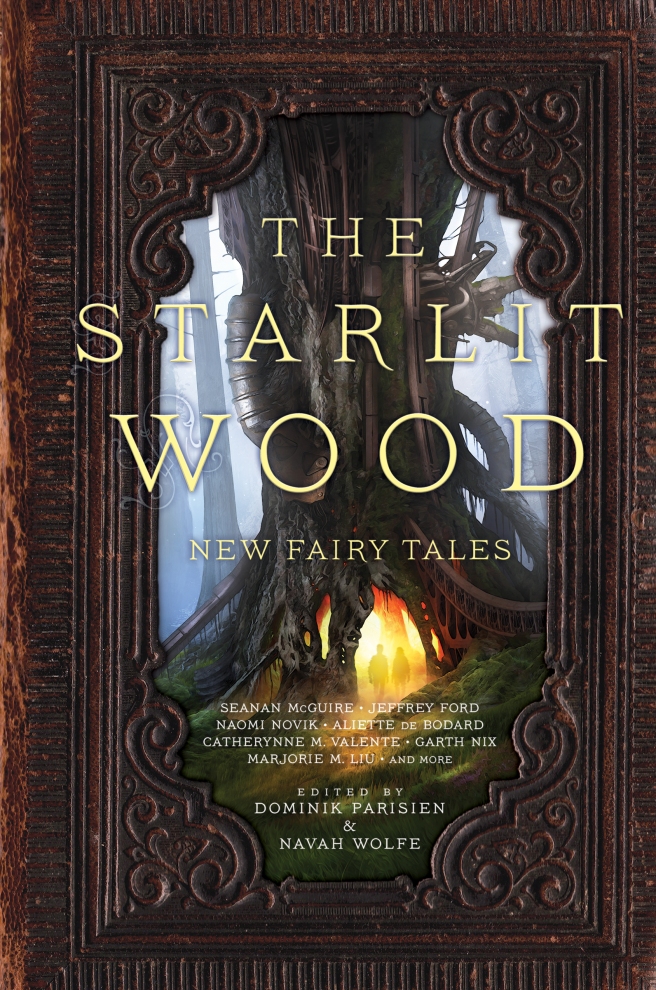 Once upon a time in the desert, in a tower, on a spaceship, in the Other Country…

For centuries, storytellers have crafted timeless tales that have always found a place in our hearts. Here, a new generation of critically acclaimed, award-winning writers have taken up their mantle and shaped traditional and extraordinary fairy tales into something startling and electrifying.

From castles to canyons, a post-human landscape to a pixelated dungeon, from the far future to fantastical realms, The Starlit Wood transforms seventeen stories you thought you knew and takes you on a journey at once unexpected and familiar across time, space, and amazing new worlds.

The modern revival of fairy tale fiction for adults began in the 20th century (with the stories of Angela Carter and Tanith Lee), and The Startlit Wood is proof that the revival is still going strong. Editors Parisien and Wolfe have brought a wide range of writers together to blaze new trails through the dark of the woods. Whether you’re passionate about fairy tales, like I am, or haven’t read them since childhood, I recommend this excellent anthology. I simply loved it.

“A classy, smart, and entertaining volume of stories put together with consummate care—and featuring the best and most exciting fantasy writers working in the field today.”

Lots of strange and wonderful goings-on in THE STARLIT WOOD. Fairy tales you thought you’d left behind in childhood are back in some very poignant, sly and original versions that will touch the “Wow!” in most readers.